The pandemic has illustrated that ‘Black Swan’ events do exist.  It highlights the importance of being prepared for events that have a small chance of occurring but a large effect when they do happen – they are more abundant than most people accept.  The progress of the disease in the UK has now slowed and thoughts are turning to how to loosen some of the lockdown rules in order that things can begin to return to ‘normal’ – especially getting the economy restarted.

The world has a lot to learn about how it has, and has not, coped over the last few months and continues to adapt now.  Some supply chains have demonstrated remarkable resilience and adaptability, others less so.  What would we do differently next time?  Early reports suggest congestion in Beijing now exceeds that of the same time last year.  Have we learnt much?  The UK food and farming industry needs to repair, mend and raise its resilience.  Farms, it transpires have greater resilience than most other businesses, but food supply chains are more fragile it seems.

Impact on the Dairy Sector

Covid-19 has seen some producers having to discard their milk as increased demand from the retail sector has not made up for volumes usually consumed in the food service sector.  But you cannot turn a dairy cow ‘off and on’ and production is expected to continue to rise as we head towards the spring peak.  According to the AHDB, GB average daily milk deliveries to processors for the week ending 11th April, were up 1.4% on the previous week’s average.  This is, however, 2.3% below the average deliveries for the same week in 2019, but remains in-line with the AHDB’s forecast for this year. Some farmers will be trying to dry cows off early, but this will be a small adjustment nationally.
These figures include an estimated 800,000-900,000 litres of milk which was not collected during the week ending 11th April and had to be thrown away by producers.  This volume is about 0.4% of the total milk delivered for the week.  Since then, according to the AHDB, there have been no further reports of milk not being collected.  However, in some cases, only the fat content has been utilised, with the skim reportedly ending up in anaerobic digesters.  As a result of the over-supply, producers have seen some processors introduce new pricing measures.  This has led to calls for a specific support scheme for the sector.
At the beginning of April, all Muller suppliers were asked to reduce their supply by 3% until the end of May.  It is unclear what action will be taken if a producer fails to cooperate.  Perhaps the most notable actions have been those of Medina and Freshways – both of which have a significant share of their business in the food service sector.  Suppliers to Medina will see their milk price cut by 5ppl as from the 1st May after the processor announced a further 3ppl drop, after having already said the price would fall by 2ppl.  This will see its standard litre down to 20.75ppl.  In addition, payments will also be deferred by 21 days.
Freshways has back-dated its price cut by 13 days and is also extending its payment terms.  Freshways has restricted its A pricing to 60% of a producer’s current A quota, with milk delivered in March being paid 50% at the end of April and 50% by 15th May.  On top of this, the processor is reported to have actually increased its prices to supply Nursing Homes, something which has not gone un-noticed by the national press or some of its customers in the food service, who are looking to distance themselves from the processor’s negative publicity.
Not all processors are cutting their prices though, some of the supermarket aligned contracts have seen rises. For example, Belton Farm (cheese), Barbers (cheese) and First Milk (cheese) have all announced they will retain their current price until at least June.  Before it announced the 3% supply reduction, Muller (see earlier) told suppliers they would receive a 1ppl rise from May 1st, this was rather surprising at the time and will probably be short-lived.
It is estimated around 550 farmers, predominantly those supplying Freshways and Medina are under serious financial pressure.  The RABDF has launched a survey and is asking all those affected by the Covid-19 milk crisis to submit an online daily account of their losses so that it can supply Defra with ‘accurate and credible supportive data’.  The survey can be accessed at www.rabdf.co.uk/survey. Further comments are provided below on what support is available and what industry is calling for.

The beef sector has experienced price declines recently, primarily due to the loss of the food services trade.  In the UK, about one-third of beef product sales in monetary terms are to the food service sector.  Such sales consist of the highest value products (e.g. fillet steaks).  With the implosion of demand, this has a much more pronounced impact on carcase value, which some have estimated to have declined by around £200 per head (or 15-20%) at the processing level.  Increases in retail sales which have taken place are primarily for mince and burgers, which are of lower value, thus only partially compensating for steak sales losses.  At the farm level, price declines have remained relatively small with GB steer prices on 18th April (324 ppkg) approximately 4% lower than prices on 21st March (336 ppkg).  If the Covid crisis continues for a sustained period, further farmgate declines are likely.

The lamb trade has also experienced issues, although the Easter holiday and the recent commencement of Ramadan have mitigated the problem.  That said, major concerns remain due to the closure of the food services sector in continental Europe, most notably France.  As more UK lamb comes onto the market later in the year, any oversupply at that point will have a much more pronounced effect on prices.  If restaurants do open, they are unlikely to be operating at capacity, due to social distancing measures.  As most lamb is eaten outside of the home, this will present difficulties.

Similar trends have taken place in the pig meat sector with convenience products (e.g. bacon and sausages) seeing sales increase significantly but demand for roasting cuts has decreased markedly.  There are additional complexities at play more globally in pig meat.  Processing capacity in the US has been hit by coronavirus cases amongst workers in meat plants, meaning that production lines have shut down.  Whilst Europe has not witnessed processing disruption on the scale of the US, food services demand has lowered, meaning price declines have resulted.  Imports of pig products have slowed, meaning a relatively buoyant closed market for the UK producer in the short-term.  Some items remain scarce in the shops.

Much of what will happen in the pig meat sector will be governed by the recovery in the Chinese market which has been hit by both the Covid crisis and African Swine Fever (ASF).  China has started to re-open again after a lockdown in some regions, and some analysts have predicted that Chinese demand will be back to 90% of normal levels by the end of the year.  On the supply-side, it has had to deal with ASF which has almost halved its breeding sow herd and is only in the early stages of recovery.  Short-term, the deficit of pork in China should help European prices recover from Covid.  It could also provide some support in other protein categories but will not compensate for the losses in carcase value seen in beef, nor the potential oversupply in lamb as the UK production season progresses.

In reaction to the Covid crisis, various forms of support have been instigated across Europe.  Some mechanisms have been aimed at the wider economy, whilst more recently, specific measures to support the farming sector have been announced by the EU-27.

Looking at the economy generally, whilst the UK has opted for a furlough system, this scheme is of limited use to the food sector as it necessitates workers being off work for that period.  This has created difficulties for processors who have to continue operations whilst also coping with price declines.  The wage subsidy systems in place elsewhere in countries such as the Netherlands, Ireland and New Zealand, arguably offer more support to sectors such as agri-food where turnover declines are projected, but production must continue.  In the Netherlands for example, if a 25% decrease in turnover is projected, the State will subsidise approximately 22.5% of wages for a 12-week period.

As regards the farming sector, the EU-27 recently announced a range of measures to support agricultural commodities, including the re-opening of Private Storage Aid (PSA) for several commodities including beef (25,000 tonnes) and lamb (36,000 tonnes).  Pig meat will not be supported by this scheme. For dairy this will see the opening of PSA for SMP, butter and all cheeses that are suitable for storage.  The volume allocations for each country have not been set yet.

PSA will allow the temporary withdrawal of products from the market for a minimum of 2 to 3 months, and a maximum period of 5 to 6 months.  It has been initiated to reduce supply and rebalance the market.  There are shortcomings though.  In beef, storing product means freezing it, thus value deterioration versus fresh.  Also, when the storage period ends, that product will need to be released onto the market thus increasing supply and lowering prices at that point.  The EU plans to formally agree the scheme by the end of April.  Previously, the EU also announced plans to offer increased flexibility to CAP and Rural Development funding, including larger BPS advances to farmers.

In the UK, there has not been any announcement of support specifically directed towards the agri-food sector.  Whilst many of the more generic support measures (e.g. Coronavirus Business Loan Interruption Scheme (CBILS)) will offer some assistance, there have been many industry calls for targeted support. The response from the Government so far has been to relax some elements of competition law to make it easier for processors (e.g. in dairying) to be able to come together and work out how to temporarily reduce production to create space in the market. For the dairy sector, the Government has asked the AHDB and Dairy UK to co-ordinate a proposal.  But the industry is claiming this is too late, particularly for those 550 dairy farmers who need urgent support now to help with their cashflow.  A letter has been sent to Defra calling for a targeted grant scheme similar to those being offered to the retail, hospitality and leisure sectors.

Given the extent of the price declines and impact on turnover have affected many agricultural sectors, it is evident that more targeted support from Government is required.  Otherwise, many businesses will come under severe pressure in the weeks ahead, with many likely to cease trading.  If this happens, it will take the sector much longer to recover. 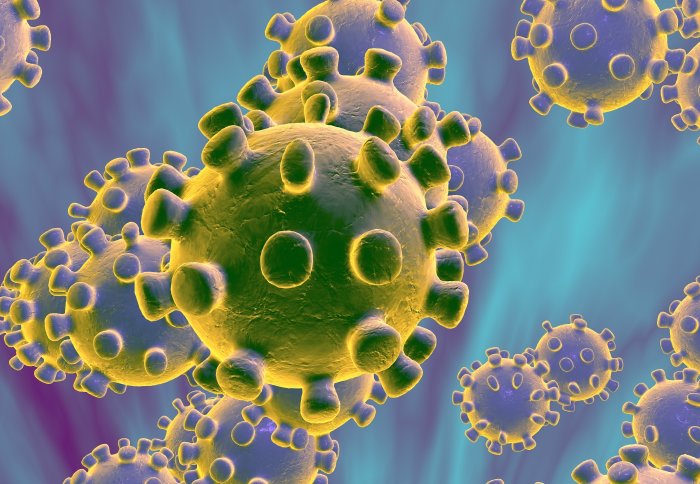