Defra has announced more details on how the Sustainable Farming Incentive (SFI) will operate in 2022 and the years after.

The SFI 2022 will contain four Standards – Arable & Horticultural Soils, Improved Grassland Soils; Moorland & Rough Grazing and Animal Health and Welfare.  The payment rates and the actions required have been updated since the first announcement back in July 2021, the table below summarises these; 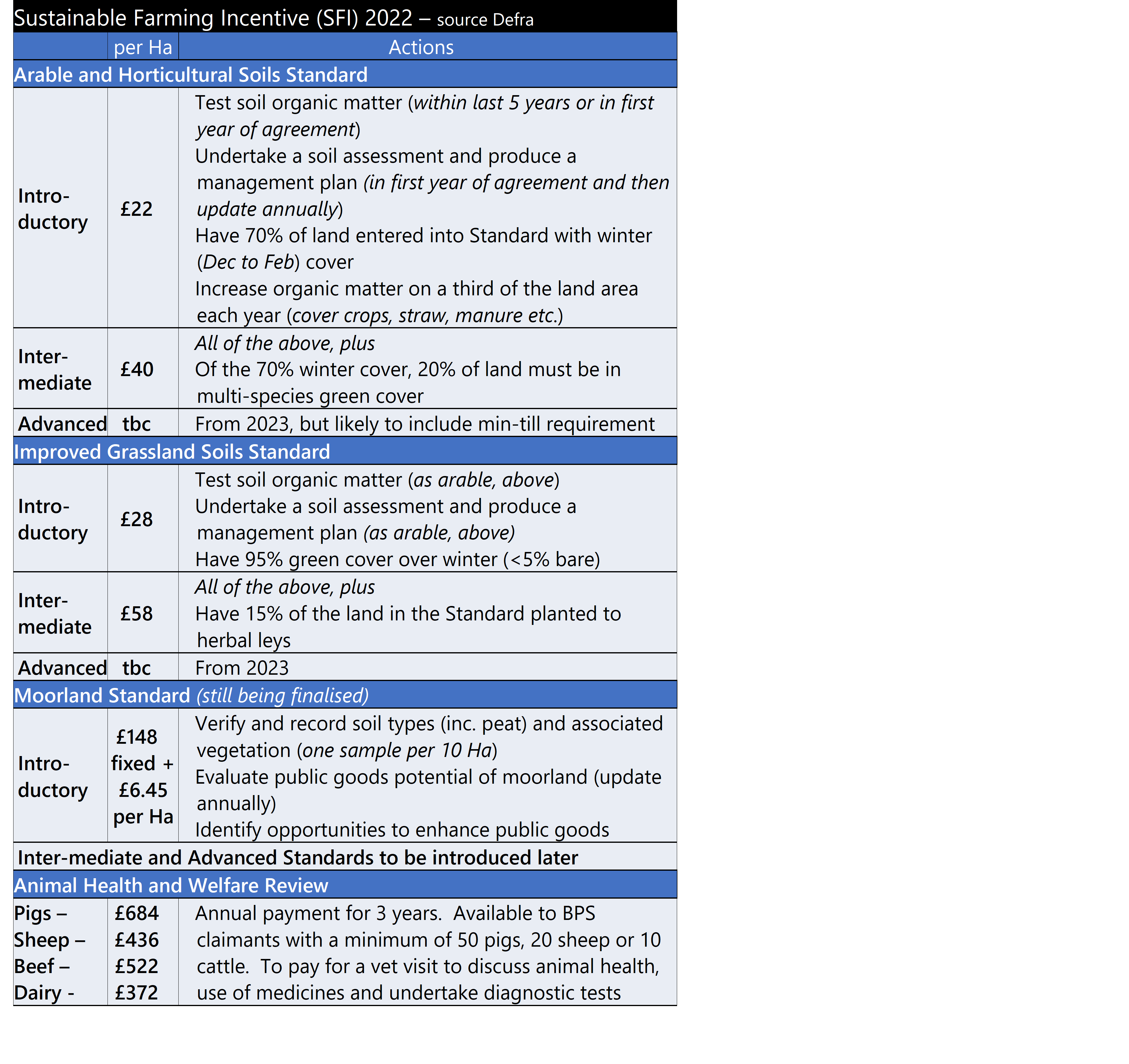 There will be no capital payments under SFI2022, but these will be added later.

The following general SFI rules will apply to all the 2022 Standards and any additional ones added later (see below);

Whilst only indicative at present, Defra has set out when further Standards may be added to the SFI;

It is possible other Standards will be included as well.  It is notable that in the list above there is no Arable Land Standard or Improved Grassland Standard – both of which were in the Pilot scheme.  Possibly they have been subsumed into ‘Farmland Biodiversity’ or they may have been deemed too unattractive.

The full details can be found via the Defra website at https://www.gov.uk/government/publications/sustainable-farming-incentive-how-the-scheme-will-work-in-2022