After weeks of speculation interspersed with non-papers, the UK Government formally tabled its proposals on an alternative for the Backstop on 2nd October. In his accompanying letter, the Prime Minister stated that he believed the proposals were a “reasonable compromise” and represented a “broad landing zone” in which a deal could take shape. Whilst a draft legal text of the new Protocol on Ireland / Northern Ireland was also presented to the EU Commission’s Task Force 50, this document was not made publicly available. Instead, a 7-page explanatory note has been published by the UK Government and is accessible via: https://www.gov.uk/government/publications/uk-proposals-for-a-new-protocol-on-irelandnorthern-ireland

Overall, the UK proposals represent a significant step forward, but it is highly questionable whether an agreement (definite landing zone) is in sight as a result of their tabling. A formal response from the EU is expected on 3rd October (afternoon). It is likely that this response will have as a core focus, the three key objectives of the backstop: preventing a hard border re-emerging on the island or Ireland, preserving north-south cooperation and the all-island economy, and protecting the EU’s single market and Ireland’s place in it. It is obvious that having separate customs regimes in both jurisdictions would constitute a hardening of the border. The proposals also raise questions for the competitiveness of the all-island economy and creates some discomfort for Ireland as part of the EU Single Market and Customs Union. Therefore, a lukewarm response is likely from the EU. That said, it will be keen for talks to continue and the UK proposals merit further discussion at least.

Ultimately, the EU is likely to call for closer customs alignment between NI and Ireland/EU. An indication by the UK that its tariff levels for sensitive products (particularly agri-food) would remain similar to the EU’s, but within an independent UK trade policy, would help. This would also help UK farmers to safeguard against competitive pressures from the world market, if tariffs were suddenly reduced significantly.

This article is from Andersons’ AgriBrief Bulletin, a subscriber-based publication which provides readers with expert, concise and unbiased commentary on the key issues affecting business performance in the UK agri-food industry and what it means for you and your clients.

For further information, including a free trial, please visit: 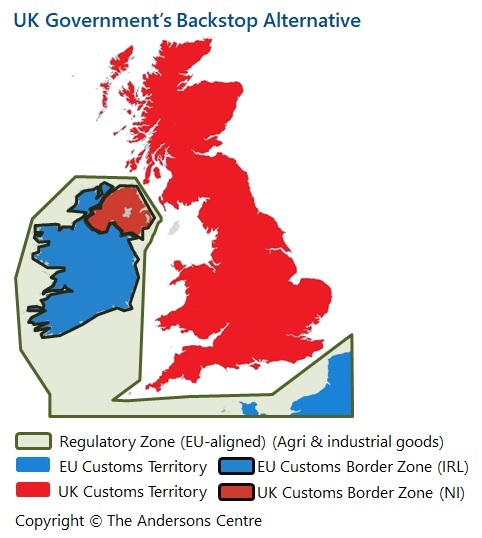