Following on from last week’s negotiating proposals supposedly agreed by the Cabinet at Chequers, the UK Government published, on 12th July, its long-awaited White Paper setting out its detailed vision on the future UK-EU relationship.  The 98-page document has received a cautious welcome by the EU-27 who are mindful of the deep divisions within the British Government.

In the White Paper, the UK Government is essentially seeking an ‘association agreement’ with the EU of unprecedented scale and depth so that the UK can achieve a ‘principled and practical Brexit’ which respects the referendum result and simultaneously acknowledges the deep trading relationship between the two parties.  The key points from an agri-food perspective are set out below;

The UK Government claims that up to 96% of UK goods trade would be able to pay the correct or no tariff upfront, with the remainder most likely to use the repayment mechanism. This is in effect combining the Customs Partnership and ‘Max-Fac’ proposals in the last year’s paper, both of which were rejected by the EU. There was an acknowledgement by the UK that this system would become operational in stages as both sides completed the necessary preparations. Given where the infrastructure is currently at, this process could take several years. The UK Government has already stated that it envisages the UK remaining part of the EU Customs Union for a year after the end of the Transition Period. This may well get extended. It is unclear what ability the UK will have to strike Free-Trade Agreements (FTAs) with other countries whilst it remains within the Customs Union.

The white paper is available via: https://www.gov.uk/government/publications/the-future-relationship-between-the-united-kingdom-and-the-european-union

Whilst there has been a polite initial response from the EU, the proposals are likely to raise several objections from their side including:

Whilst many questions remain unresolved, the UK Government’s White Paper provides a credible starting point for the substantive negotiations with the EU to take place. These need to be urgently accelerated as there is a huge amount of ground to cover between now and the autumn. For the agri-food sector, the commitment to ‘ongoing harmonisation’ via a common rulebook for agri-food trade should provide some welcome reassurance for the industry generally, particularly those which are heavily dependent on EU export markets. Furthermore, given President Trump’s claim that the UK proposals would likely ‘kill’ the prospect of the US-UK trade deal, this may also be seen as a positive by those concerned with the potential for cheaper imports to undermine UK farming. That said, a lot of uncertainty remains especially given the principle that ‘nothing is agreed until everything is agreed’.

Articles such as the above are posted on Andersons’ AgriBrief website on a regular basis. If you would like further information please visit; www.agribrief.co.uk 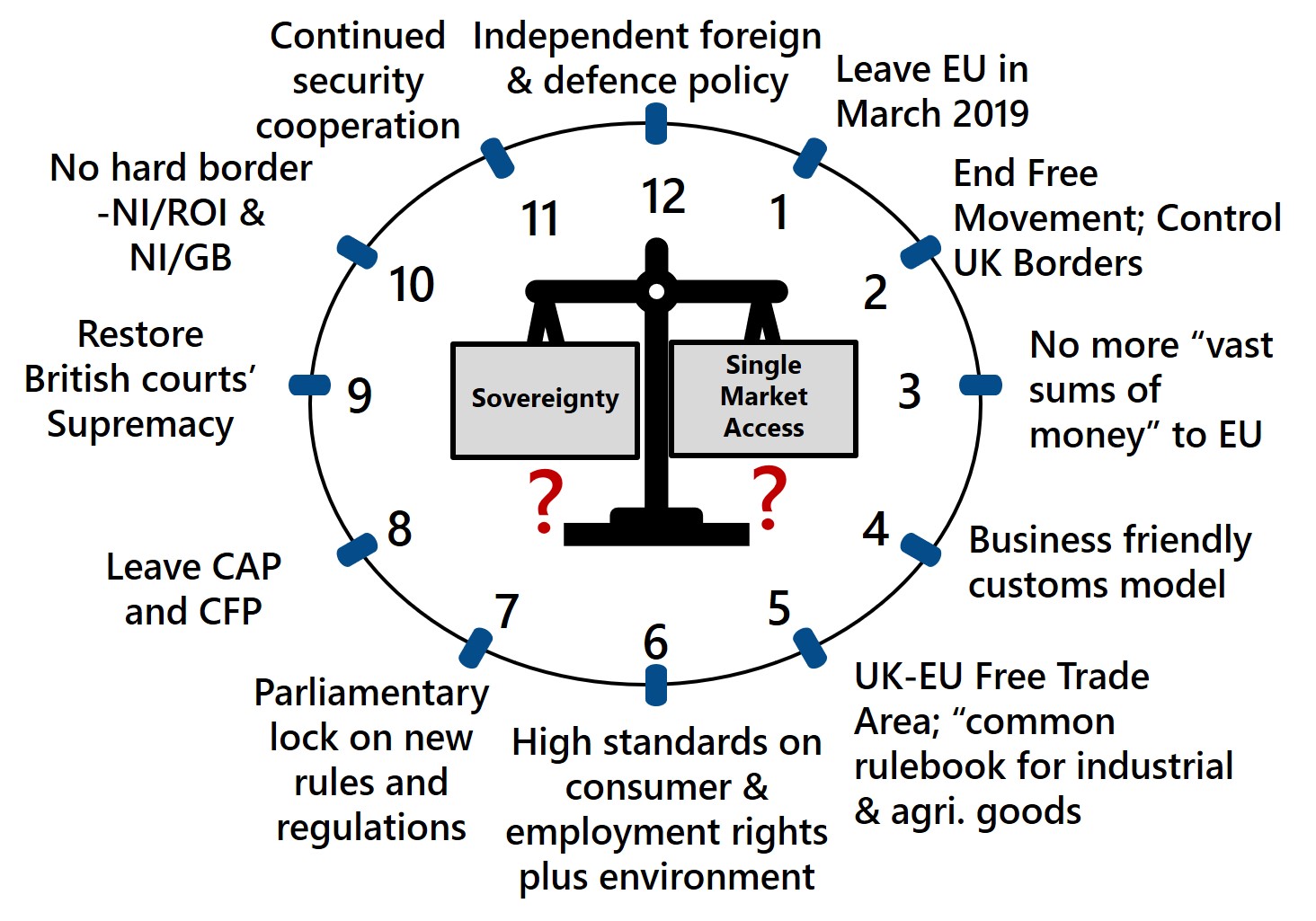