This is a 23% decrease on the previous year (122,000 ha) due mainly to reductions in wheat, barley and OSR used in biofuels. Road transport fuel usage (i.e. bioethanol and biodiesel) (49,900 ha) accounted for 53% of the 2015 area. However, it is noteworthy that the majority (70%) of crop derived biofuels for road transport originates from outside the UK, with France being the leading contributor. 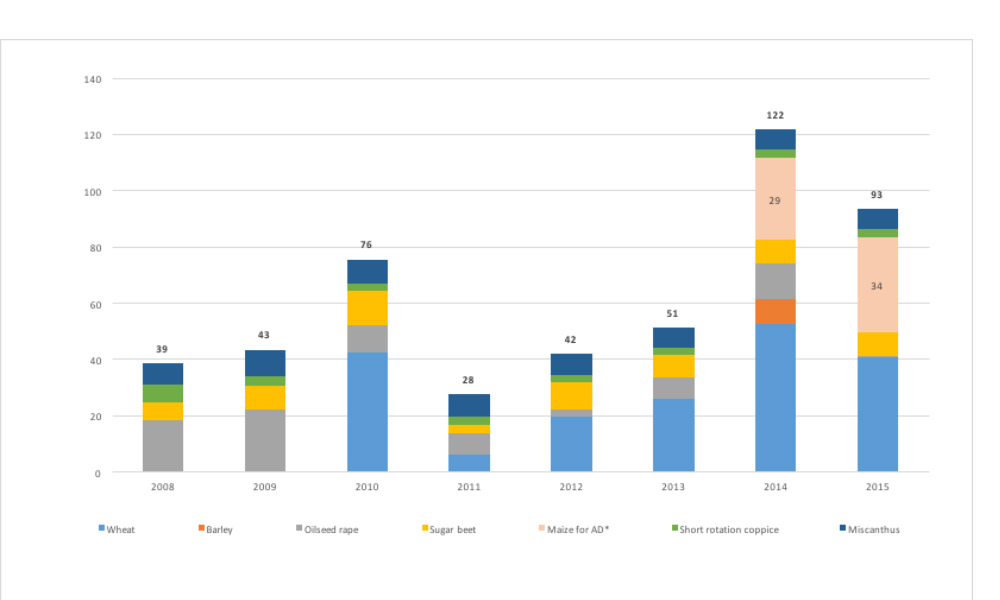 *Data for maize only available from 2014 (England only)

As a proportion of total area of individual crops, 10% of sugar beet, 2% of wheat and less than 1% of oilseed rape was used for biofuel production in the UK in 2015. Oilseed rape usage for biofuel has decreased substantially and reflects a shift towards more wastes in feedstocks instead of crops.

The study also included an estimate of maize grown for AD in England during 2016 (52,280 ha), which is 55% higher than 2015, and accounts for 29% of the total UK maize area and 1% of total arable area. This underscores the increasingly prominent role that maize for AD is playing in UK agriculture.